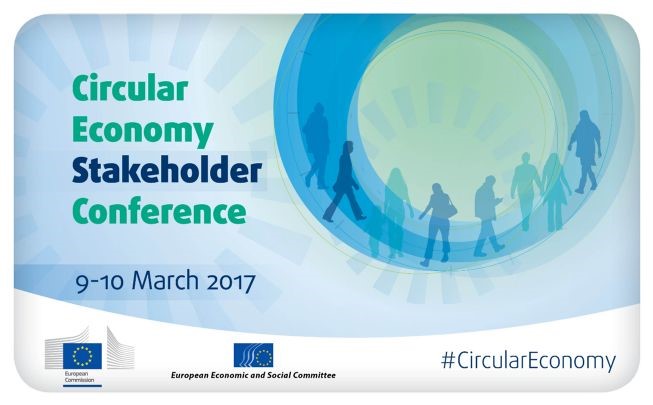 In December 2015, the European Commission published its Circular Economy Action Plan, along with a proposed review of the current waste legislation. The European Economic and Social Committee (EESC) supports an ambitious implementation of this Action Plan, which includes, in particular, an in-depth consultation of stakeholders and civil society. In previous opinions concerning the circular economy adopted in December 2014 and April 2016, the EESC made the case for a European Circular Economy Stakeholder Platform, the aim of which would be to facilitate civil society consultation, cooperation between national, regional and sectoral networks and the exchange of expertise, information and best practices.

With a view toward taking stock of the implementation of the Action Plan, looking at the next steps and discussing the goals and practicalities of a European Circular Economy Stakeholder Platform, the EESC and the European Commission co-organised a conference which took place on 9-10 March 2017 in Brussels.

ETRA was invited to attend to this conference that indeed was a very dynamic experience. ETRA actively took part to the interactive workshop aiming to define the features of the European Circular Economy Stakeholder Platform.

In particular, ETRA contributed to defining the top priorities on which the Platform should focus and how to operationalise the Platform : What to do and what to avoid.

The Platform will be operative as from next autumn and will become the main tool for the dialogue between the Stakeholders and the Commission, and ETRA will be part of it.

Cookies make it easier for us to provide you with our services. With the usage of our services you permit us to use cookies.
Ok